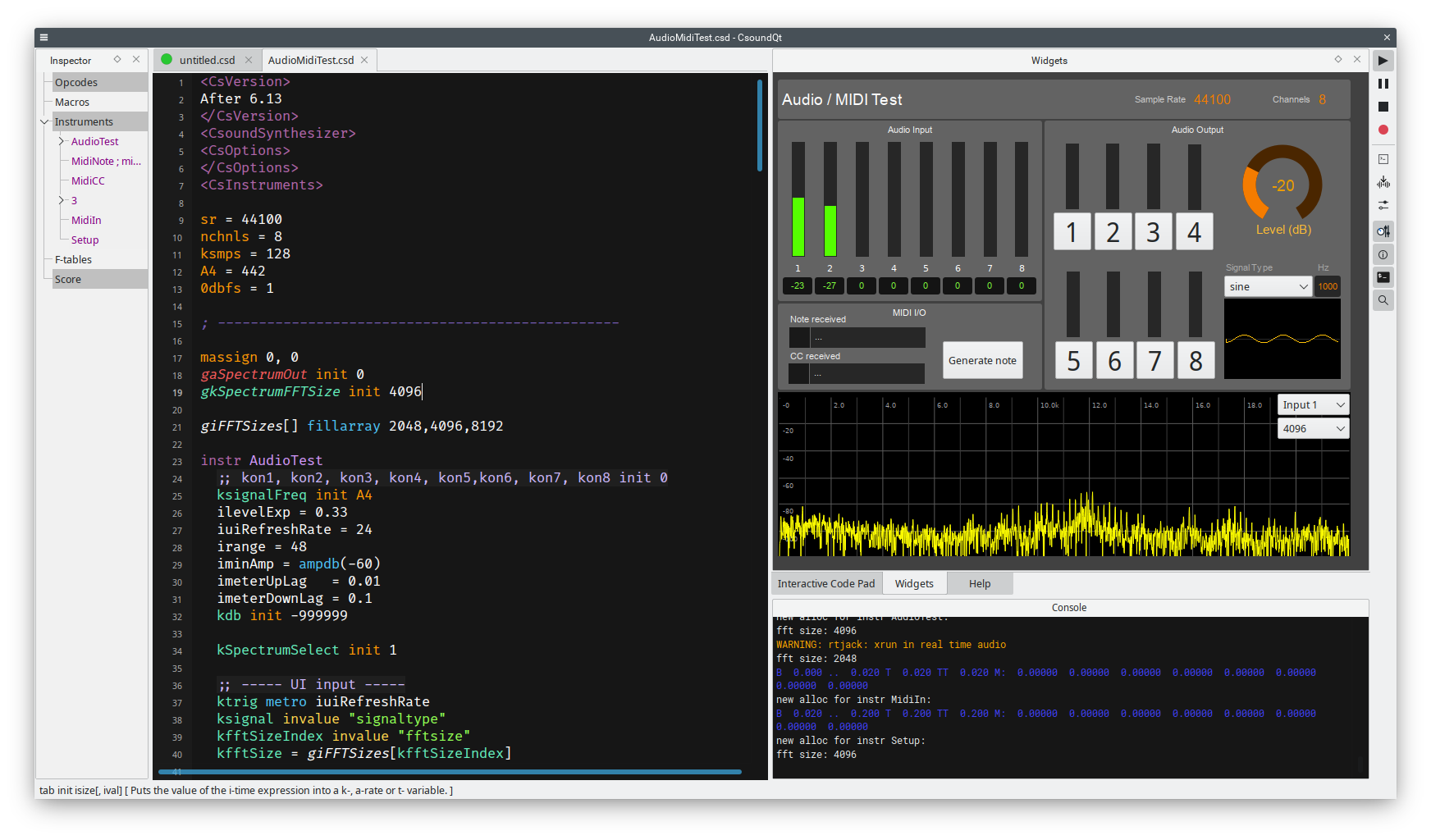 Version 0.9.8 is a major release, with multiple changes. Author of most of the improvements is Edoardo Mogillansky. Greatest thanks!

There is an update with some fixes, v0.9.8.1, see the list of fixes below, that is meant for the final use.

The source and binaries can be downloaded from: https://github.com/CsoundQt/CsoundQt/releases/tag/v0.9.8.1.

This version of CsoundQt works with csound 6.14 or higher